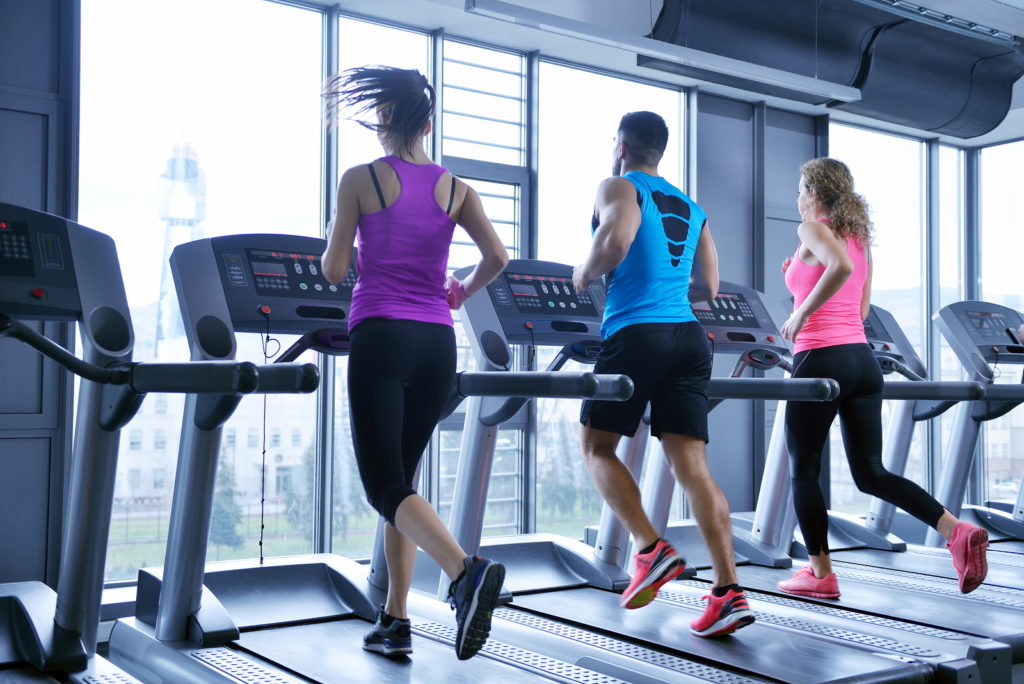 When it comes to weather, there are two types of runners: those who run outside year-round, and those who retreat to the treadmill when rain and snow and temperatures begin to fall.

For those like me who abide by the U.S. Postal Service’s unofficial motto that “neither snow nor rain nor heat nor gloom of night” will keep us from logging our miles outside, the changing seasons amount to little more than a minor blip on our running radars.

But if weather, daylight, childcare or other circumstances forces you to run indoors for long periods of time, transitioning to outdoor running can be a shock to the system. One reason for this is because, while running on a treadmill mimics the same mechanical motions as running outdoors, it doesn’t condition the body to withstand the same level of impact created when landing on pavement. Another is that the treadmill doesn’t require the extra muscle power needed to push your body forward without the assistance of a moving belt.

According canadianliving.com, fitness expert and Sporting Life 10K ambassador Brent Bishop notes, “It’s very easy for a seasoned runner to go from running inside to outside and to end up with joint issues.”

Simply put, running on a treadmill is easier than running outdoors. In addition to a treadmill belt, which assists with leg turnover and makes it easier to run faster, treadmill runners do not have to grapple with elements such as hills, wind, temperature and variable surfaces that impact outdoor running.

The first and most important step to transitioning to outdoor running is to start slowly. Before heading outdoors, canadianliving.com recommends “raising the incline of your treadmill to about 1.5 percent to replicate the difficulty of running outdoors,” and adding workouts that “intersperse intense intervals of very fast running on an incline with short periods of walking” to increase running pace and endurance.

When running outdoors, it’s also important to remember that what goes up must come down, and downhill running exerts more force and pressure on your muscles which is why, according to Bishop, “downhill running will make you very sore the next day.”

It is also unrealistic to expect to maintain the same pace outdoors that you’ve become accustomed to on the treadmill. Without a moving belt to control your speed and help propel your body every time your foot touches the ground, canadianliving.com cautions that, when transitioning to outdoor running, “it’s easy to overestimate what speed you can sustain, then burn out before the run is over.”

In addition to decreasing pace and mileage to ease the transition, runnersworld.com recommends adding a one minute walking interval for every mile of outdoor running to “cut the impact forces and allow you to cover the distance with less risk of soreness.”

If you’ve decided to swap the treadmill for tarmac, you may also want to consider hitting the trails. Running on soft surfaces such as grass or dirt is easier on your body, aids in recovery from longer, tougher runs, and is a beautiful and peaceful escape from busy roads and noisy cities. However, for added safety, womensrunning.com recommends sticking to well-marked areas and bringing a friend.

Also, weather you’re running on roads or trails, it’s important to carry some additional essentials with you such as identification, a cell phone, and some cash or a credit card. Womensrunning.com also suggest bringing a transit card if you live in a city “in case you end up further from home than anticipated.”

An additional perk of running outside is having the opportunity to swap isolation for socialization. Consider joining a running group, training for a race, or planning a destination run with friends to a favorite coffee shop, brew pub or restaurant.

It’s always a good idea to drink plenty of water when you exercise, but especially when running outdoors. “The warmer it is, the more you sweat and the more water you need,” canadianliving.com notes. And eating plenty of protein is also important, the site adds, because exercise tends to damage your muscles to a small degree. “When you’re running, you’re going to get microscopic tears in your muscles,” Bishop explains, so eating protein, particularly after a run, can help repair muscles and prepare them for the next workout.

So as the days grow longer and the temperatures get warmer, tempting indoor runners to trade treadmills for tarmac, remember to make the move gradually, be patient with the pace, listen to your body and, most importantly, be safe and have fun.